in Cogs and Gears

Two free steam-punk inspired brass or gold cogs and gears backgrounds. Well over in this post of a gold clock texture I said what I felt I would do with the image and then I thought ‘we’ll why not?’ and I went and did and here it is.

I took that image and expanded the canvas to 200% in both directions, made four copies and tiled them. Flattened layers and then I cropped to what I thought was a good thing. I then applied an un-sharp mask on around strength 20, radius 80 and threshold 0 to boost the local contrast. From there I made 2 versions.

Bottom version I added two re-sized copies of this grunge concrete wall. One set to multiply and the other soft light and rotated 180 degrees. I used a layer mask and soft brush to reduce the effect on the front-most gears, adjusted contrast with curves and made it a little orange with standard photo warming filter. Finally I added a vignette.

Top version I used this image as a grunge texture and again re-sized and made 2 copies, rotating one of them. I reduced opacity of the multiply layer to around 50% to lower the effect. I brushed it back further on the cogs and then again adjusted contrast and color. This one I added a stronger vignette.

I think they will make a great background and I hope you like them. 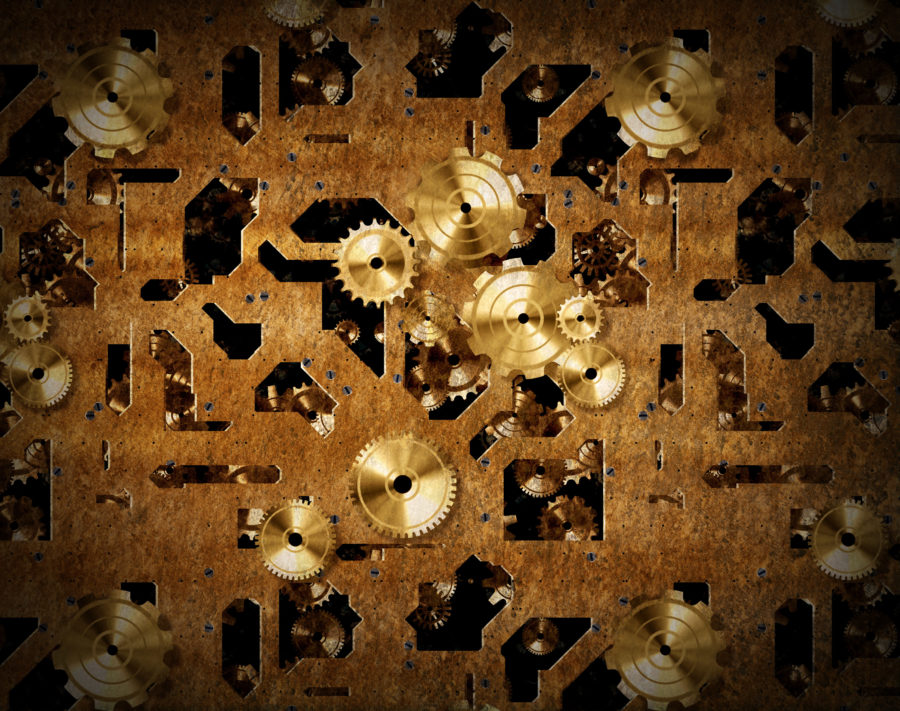 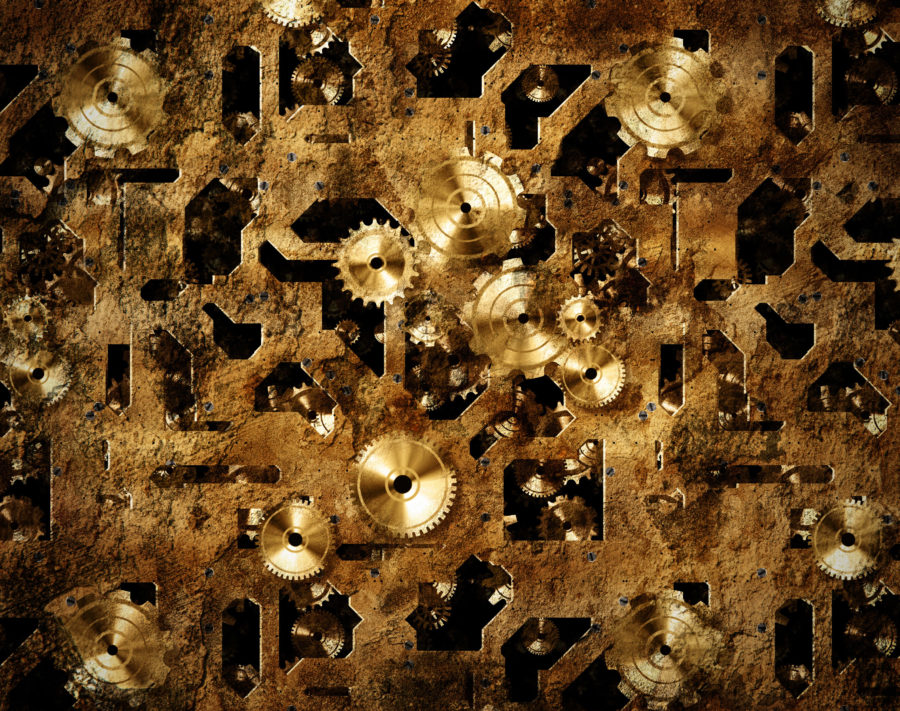 Another Gold or Brass Cogs and Gears Seamless Background

Gold texture of cogs and gears on metal plate

brushed gold texture on an angle

Hi, Welcome to my site. My name is Phil. About me - Husband, father, geographer, traveler, photographer and all round nice guy :) I have love for the oddities, doors, windows, textures etc and I'm used to the strange looks I get when taking a photo of a wall, the grass, a road or a something I find interesting. Some of those images end up here and I hope you find them useful. Please remember to check the license!

The images of My Free Textures are copyrighted and distributed as royalty free with the only exception being the right to use photos from this website to create a similar or competing service, like a stock photography platform.

What this means is you can use the images for your projects (both commercial -unless a competing platform as stated above- and non-commercial) but you have to give credit and attribution to this site.

Please link back to either the homepage or to the page in which the image is rather than the actual image file.